Posted on February 23, 2014 by keepingupwithkate

A little behind in blogging my recap of week 2, excuse me folks.

Soup is becoming my new favorite food.  I don’t know why I’ve never dared to make soup without a recipe before.  This soup was based loosely from this post I found at neverhomemaker.  It’s awesome!

Cooked on high for 3ish hours in the slow cooker, or until the rice is cooked.  YUMMY.

Tuesdays are my day at home all day, so this one was easy.  I had some leftover cauliflower pizza from Monday night’s dinner, broccoli, and I tried some Greek yogurt. (Not that I haven’t had Greek yogurt before, but it’s been awhile, and I hadn’t tried the WW endorsed yogurt yet.)  I must say, it was good.

The cauliflower crust I got from here.  The first bite was definitely…cauliflowery…but you got used to that very quickly and it was pretty tasty.  I’d eat it again.  I wouldn’t say it was necessarily super healthy, it’s made with a fair amount of cheese, but you can pick it up and eat it (no fork necessary), and it’s gluten free.

Week 2 – Day Three: Write it down! Journal your food today…

How appropriate?  This week I started tracking my food using both the Weight Watchers etools app, and MyFitnessPal.  As a Weight Watchers leader, I’ve obviously used the etools app before (although I must admit, it had been awhile since I’d tracked everything), but I’d never tried calorie counting.  And now that I’m writing this, a week later, I will say that I’m still using MyFitnessPal.  It’s just…interesting.  And the app seriously has EVERY FOOD included in there.  There was only one thing I couldn’t find already in the app’s food list, and it was something I picked up at a bulk Mennonite store in rural MO.

Hi, my name is Kate, and I love smoothies.  Also, I’m not very creative, and I have the same smoothie all.the.time.  For smoothie day I whipped up the old faithful strawberry chocolate smoothie.  I might’ve even thrown in some Dole Dipped Strawberries. (Found in the freezer section, strawberries dipped in dark chocolate?  Yes, please.)

Friday I was feeling a little under the weather, so all I wanted was some soup – which isn’t really “raw”.  So my participation in Raw Friday only lasted while I dipped carrots in hummus.  It’s the effort that counts, right? 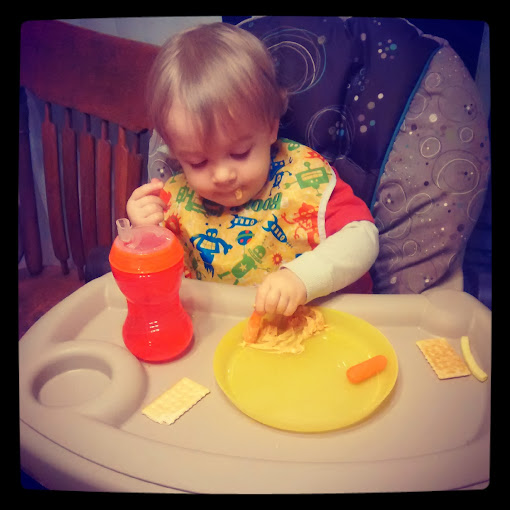 I definitely enjoyed Nourish Week of the Move Nourish Believe challenge.  It made me cook some new dishes, which is always good.  I always have plans (and pins) of new recipes to try, but sometimes lack the motivation to actually DO IT.