Posted on January 13, 2015 by keepingupwithkate

We’ll see if anyone notices my…year long blog hiatus.  Lets just say that I had nothing interesting to say.  🙂

I hope to update this with our home improvements, as well as some cool races I plan on doing this year (race reviews possibly), and tidbits about trips we hope to take this year.  Here’s what’s coming up:

– Get in Gear half marathon (3rd time!) in April

– Market to Market relay in Iowa with the whole fam-damily.

– Trip to the Smokies in the summer, hopefully!

– Half marathon (or marathon) in Duluth (Grandma’s).  Husband plans on doing the full, we’ll see what I feel like.

Since last February we’ve done a few things.  This video captures a good amount of them. Our Year in Review included: 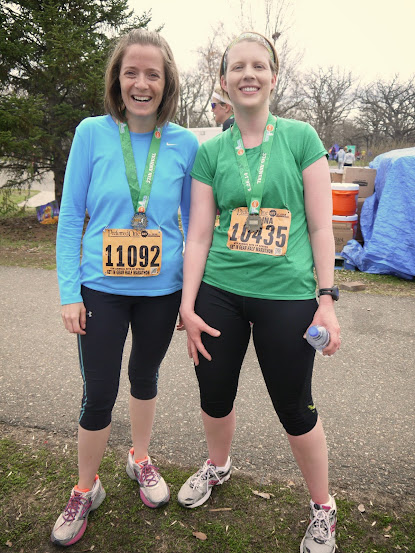 The Get in Gear half marathon in Minneapolis with my sister-in-law, a PR for us both, and a great course! 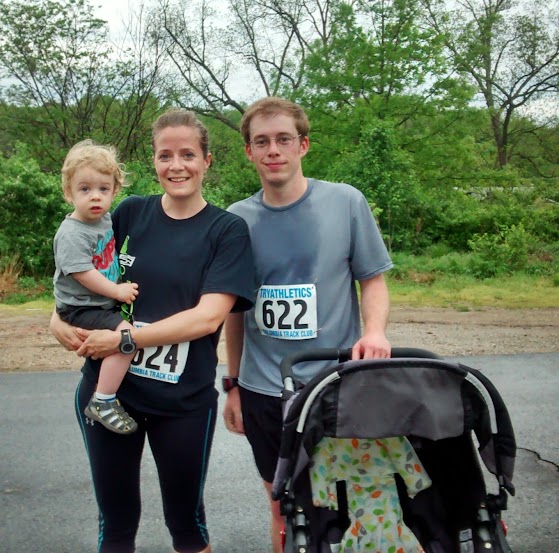 Our first family 5k. Not a PR, but it was still fun. We both got first place in our age group, so that’s something! 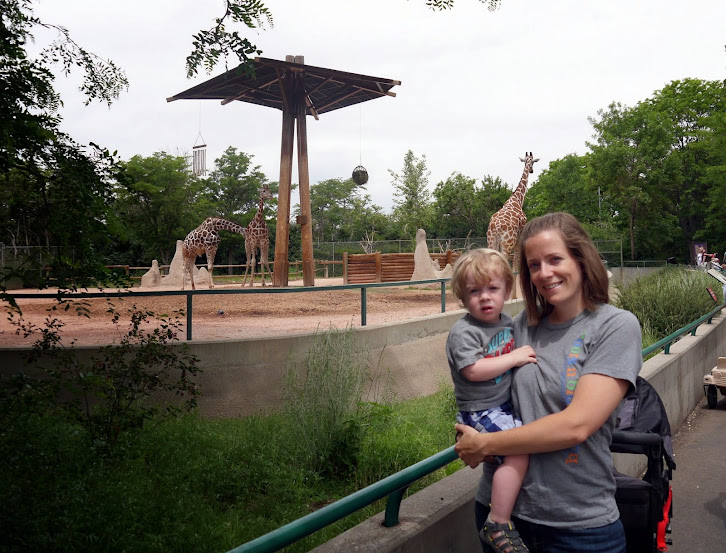 A trip to the Denver Zoo. Little man was afraid of all the animals. They actually moved, how dare they! 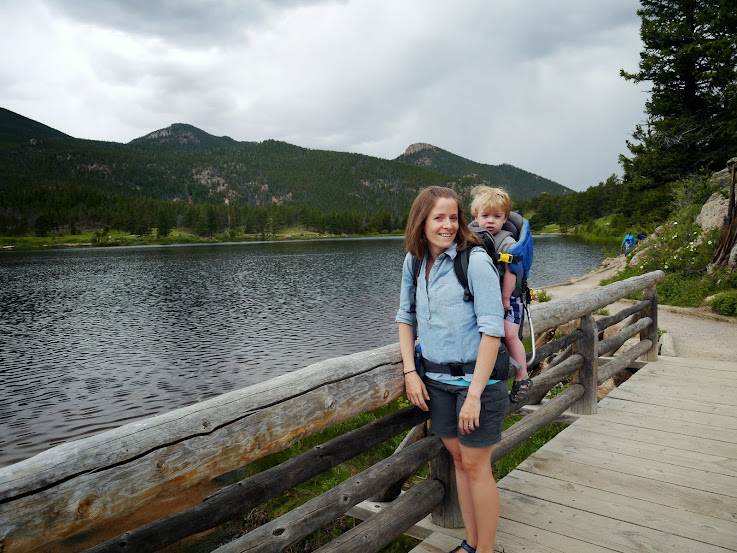 A short jaunt to Estes Park. So gorgeous. 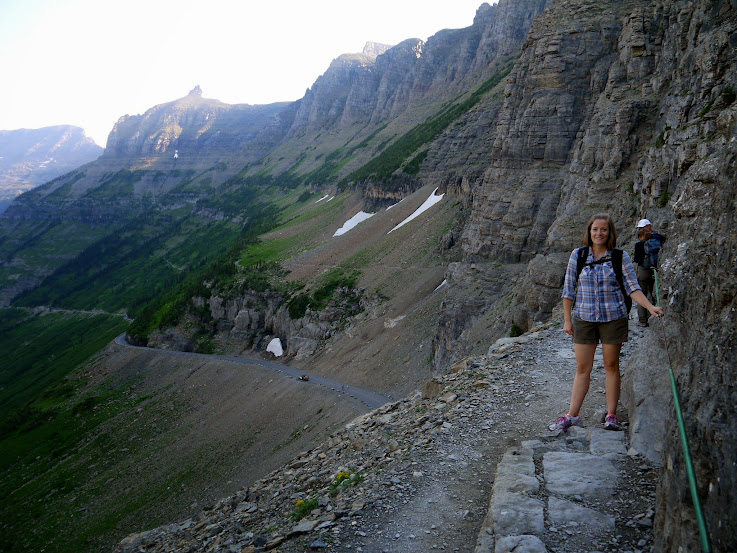 Our first vacation without Henry. I must say, it was hard. But man, Montana (Glacier National Park) is gorgeous. 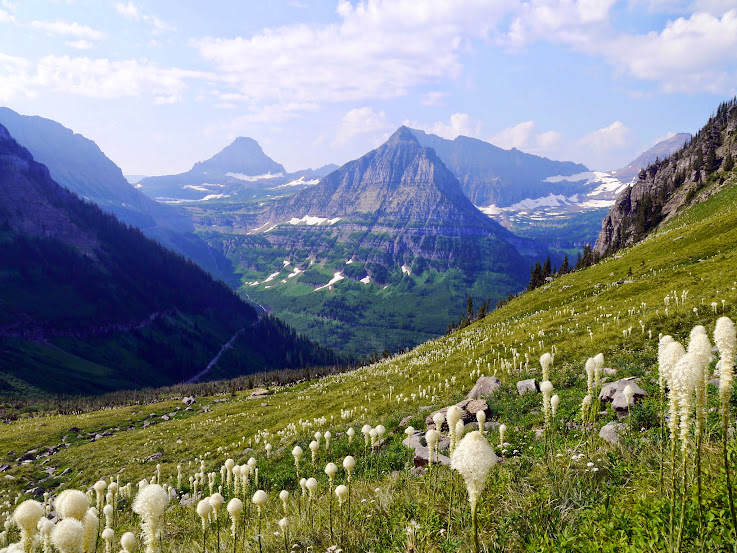 Along Highline Trail in GNP. 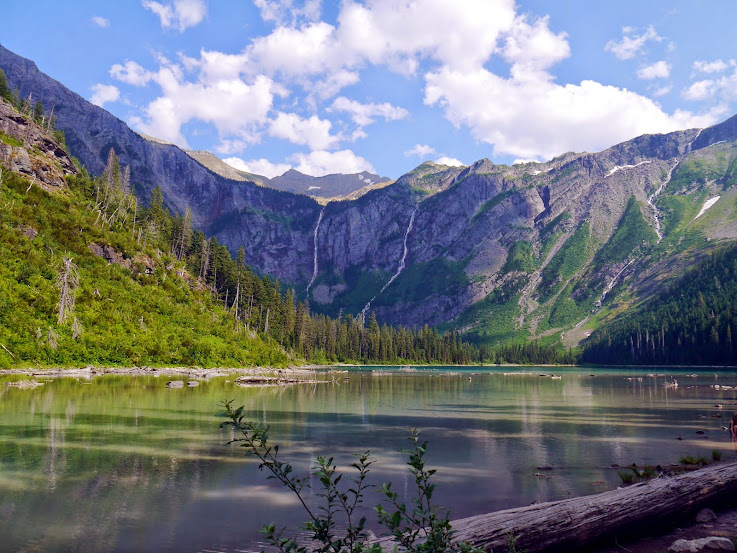 Seriously breathtaking. I didn’t photoshop this picture or anything! Glacier National Park again. 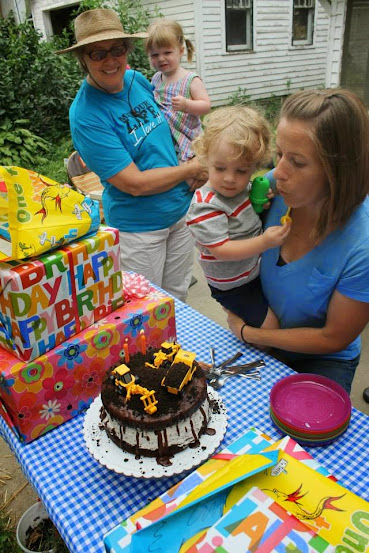 Afterwards we celebrated Henry & Ada’s birthdays in Minnesota with the coolest cake ever (thanks to Aunt Callina). 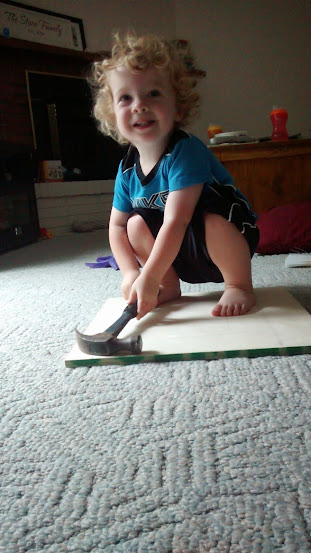 Oh yeah…and we bought a new house. No big deal. 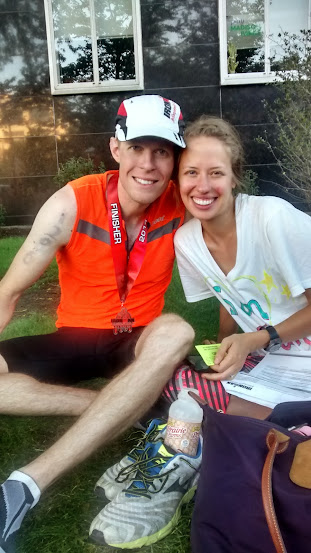 Then we went and watched my little brother become an Ironman at Ironman Wisconsin. Really awesome experience, so glad we could watch. 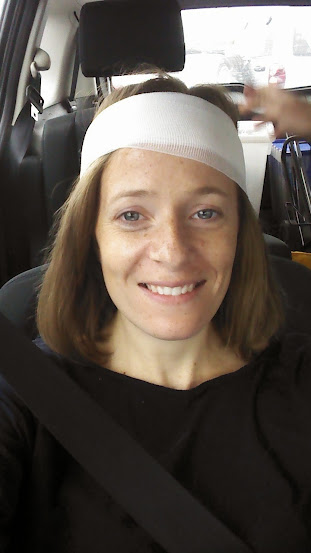 There was also crappy stuff this year. We were hoping to give Henry a sibling in March, but baby had other plans and I had a missed miscarriage in early September. The bandage on the head? Passed out and got a large goose egg on the back of my head. Did the whole experience suck? Yes. But, we’re still hoping to give Henry a sibling, just a little later than we hoped. Oh, and miscarriages, are unfortunately much more common than most people think. And they’re still a taboo subject why? It seems crazy. 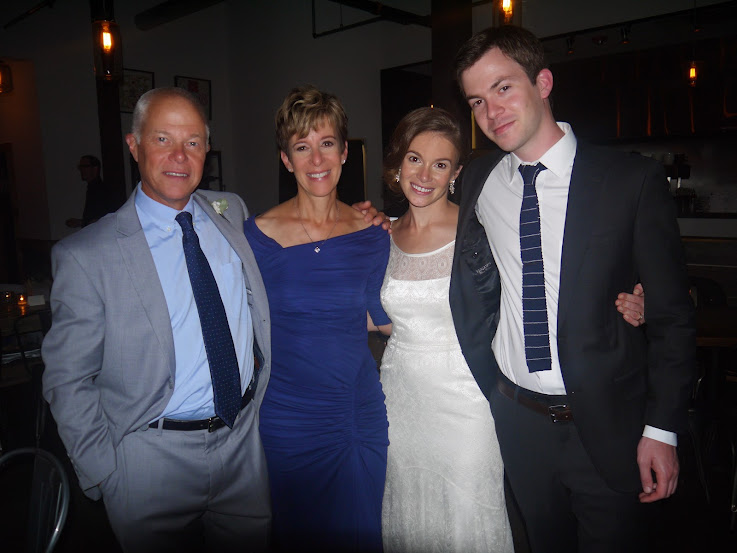 Afterwards it was off to Minneapolis to watch my cousin get married. I’ll give you one guess which one got married 😉 It was a gorgeous ceremony. 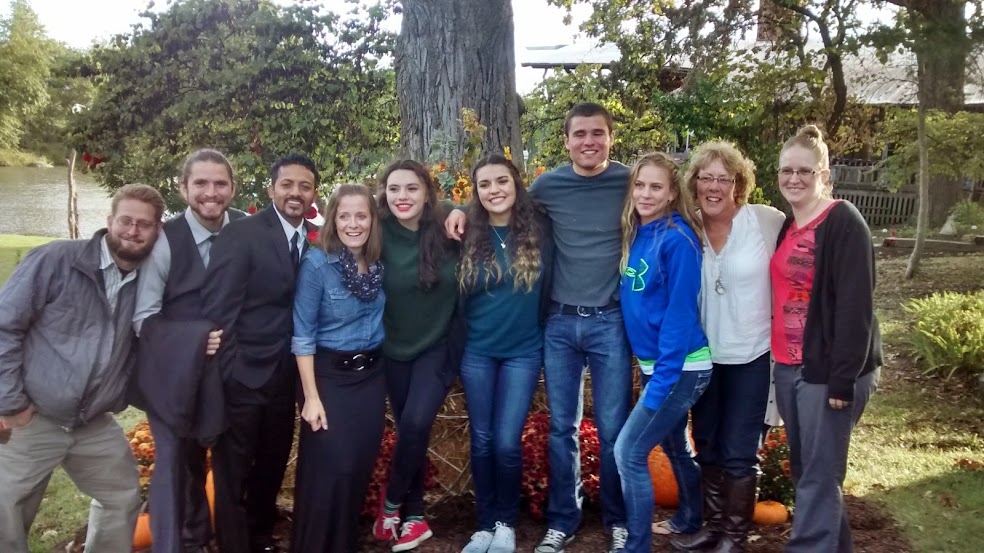 Then back in Missouri, another one of my cousins got married. Also a gorgeous ceremony, and the reception was at a beautiful bed & breakfast that I know and love. 🙂 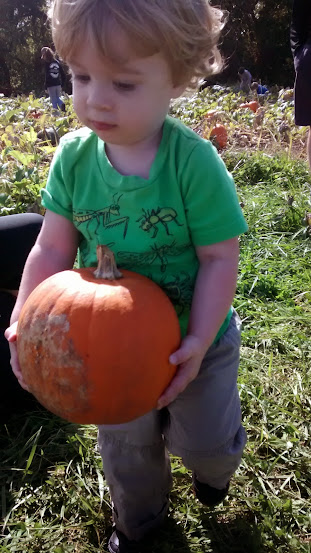 Then it was off to the Pumpkin Patch in Warrensburg, MO with the grandparents. This boy had a blast on the hayride. 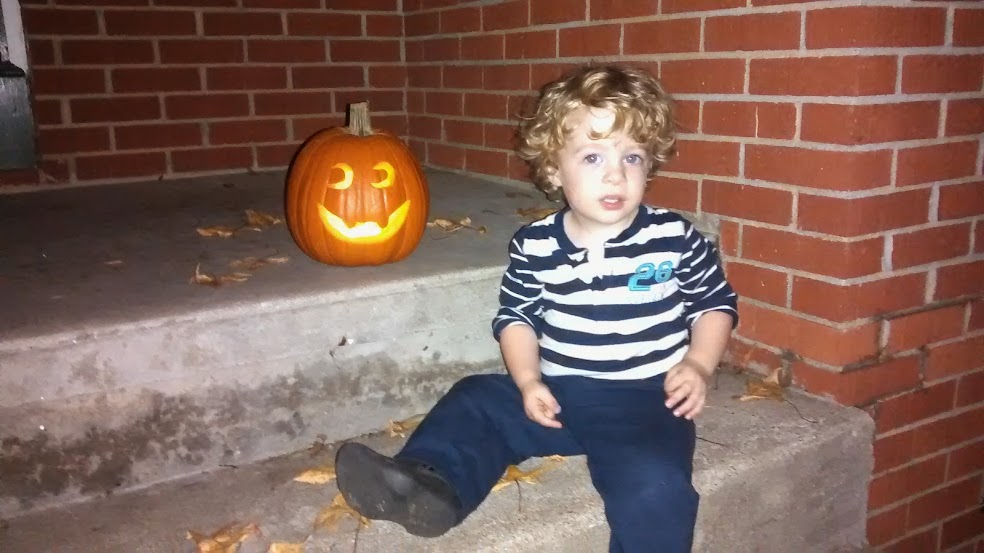 He insisted on a “happy” pumpkin.

At Thanksgiving we, of course, had to make Lep Cookies. Only got 350 this year. (And I still have some left!) 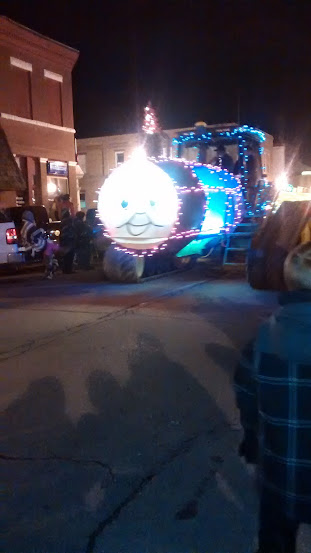 We tried a new tradition, the Tractor Christmas Parade in Centralia, MO. Henry was…quite the fan. 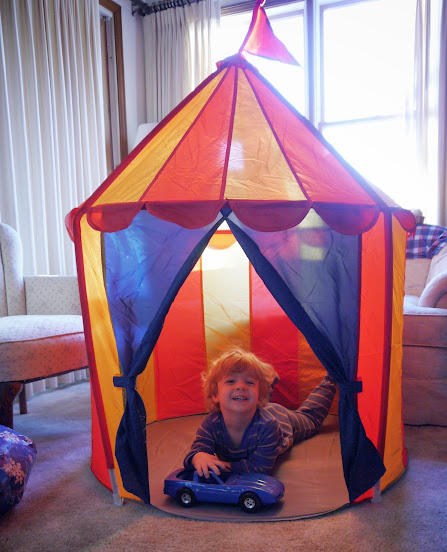 The boy got some pretty cool gifts for Christmas this year. 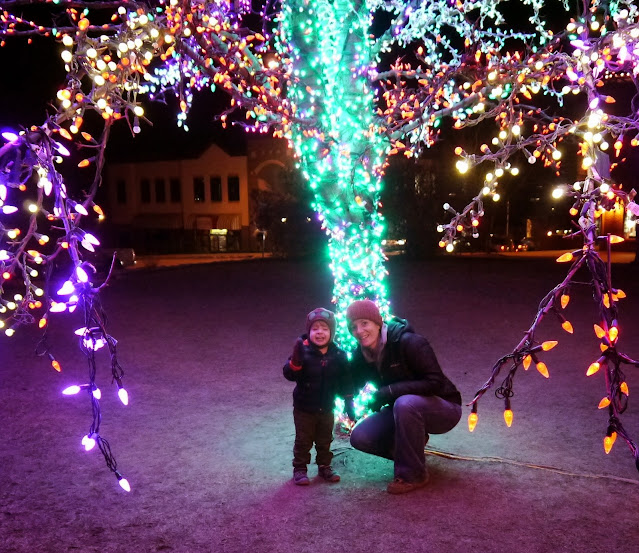 And of course, we rounded out the year with a visit to the Magic Tree.

Oh, and I finished my Master’s Degree, no big deal.  Except, HELLO, I finished!!  Only took me four years and we won’t talk about how much money.  But I’m DONE!  And I can read books now, for fun.  Whew!

5 Responses to Sneaking back in…